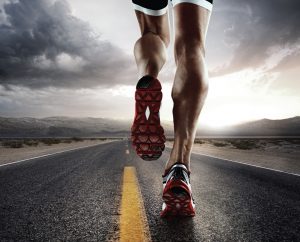 THE SCIENCE OF reliability centered maintenance (RCM) is understood by many companies today. However, implementation is still a roadblock for most.

Since the late 1970s, I’ve heard the catchphrase “thinking-out-of-the-box”. The thinking-out-of-the-box phrase was made more popular by the nine-dots puzzle created by John Adair (The Art of Creative Thinking: How to be innovative and develop great ideas, 2009, ISBN 978 0 7494 5483 8), which is a

related exercise. The challenge was to connect the nine dots (three rows of three) without lifting your pen once you start or retracing any lines. By starting the line outside of the box, it changes our perception of the problem and the solution becomes clearer and is easily solved.

Some may still remember Roger Bannister, who was the first athlete to run a mile under 4 minutes. It was quickly evident that this

The 4-minute barrier was more of a psychological challenge than a physical impediment.

Six weeks later it was done again by another runner. Thirteen months after Bannister’s run, three runners ran under 4 minutes participating in the same race.

What’s needed is a paradigm shift for RCM. For several decades reliability advocates have been providing evidence that challenges the old way of thinking about reliability and maintainability. Basically, a new framework makes the old way of thinking and acting insufficient, less effective, and less desirable. Our perceptions, experiences, and social culture at work define our reality and guide what we do and don’t do.

Many points to early examples of paradigms, such as when people thought that the earth was at the center of the universe, then realized planets orbit the sun, and finally understood that our sun is only one of a vast number of suns. Today it’s more about things such as quantum mechanics (where current rules don’t apply), new technologies, artificial intelligence, bitcoin, and autonomous personal vehicles.

A paradigm shift is not just a small change or improvement. It changes scientific theory and our view of reality. Regarding RCM, I believe there is enough scientific evidence to show that it’s the preferred paradigm.

Changing from reactive to proactive maintenance practices, however, is a long- term strategy because of culture (leadership, engagement, and incentives), supporting processes (including planning and scheduling, materials management, and root-cause analysis) that need to work interactively. So it requires business operating principles (absolutes) that should not be violated. As more advanced technologies are digitally connected to support RCM, those that have supported the reliability/maintainability best-practice concepts will have a large competitive advantage.

It’s difficult to be the fast fish without an engaged workforce applying a robust continuous-improvement process, rewarding proactive R&M efforts versus firefighting emergency repairs, developing cooperation between operations and maintenance, and involving all plant departments with clear roles/ responsibilities, to mention a few. Remember that the focus should be first on improv-

ing reliability and eliminating the need for doing repair maintenance. As these paradigm-changing technologies and concepts are applied and instilled at an increasing rate, it’s most likely that there will need to be a better/ new business model that encompasses these concepts. Possibly then will be the time of the RCM paradigm shift.

The flagship campus of the University of Tennessee System and partner in the Tennessee Transfer Pathway.